The Birds of Central Spain Photography 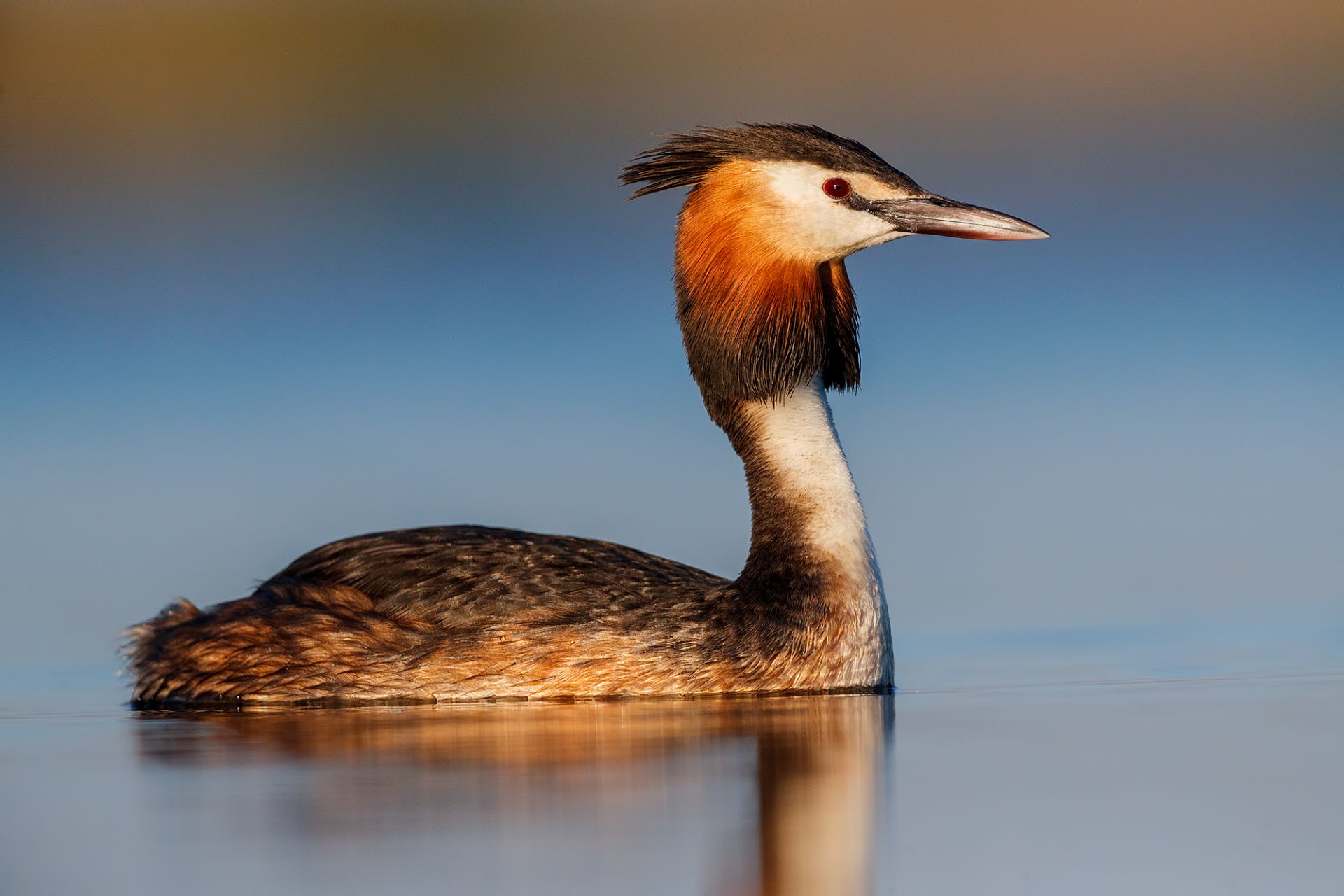 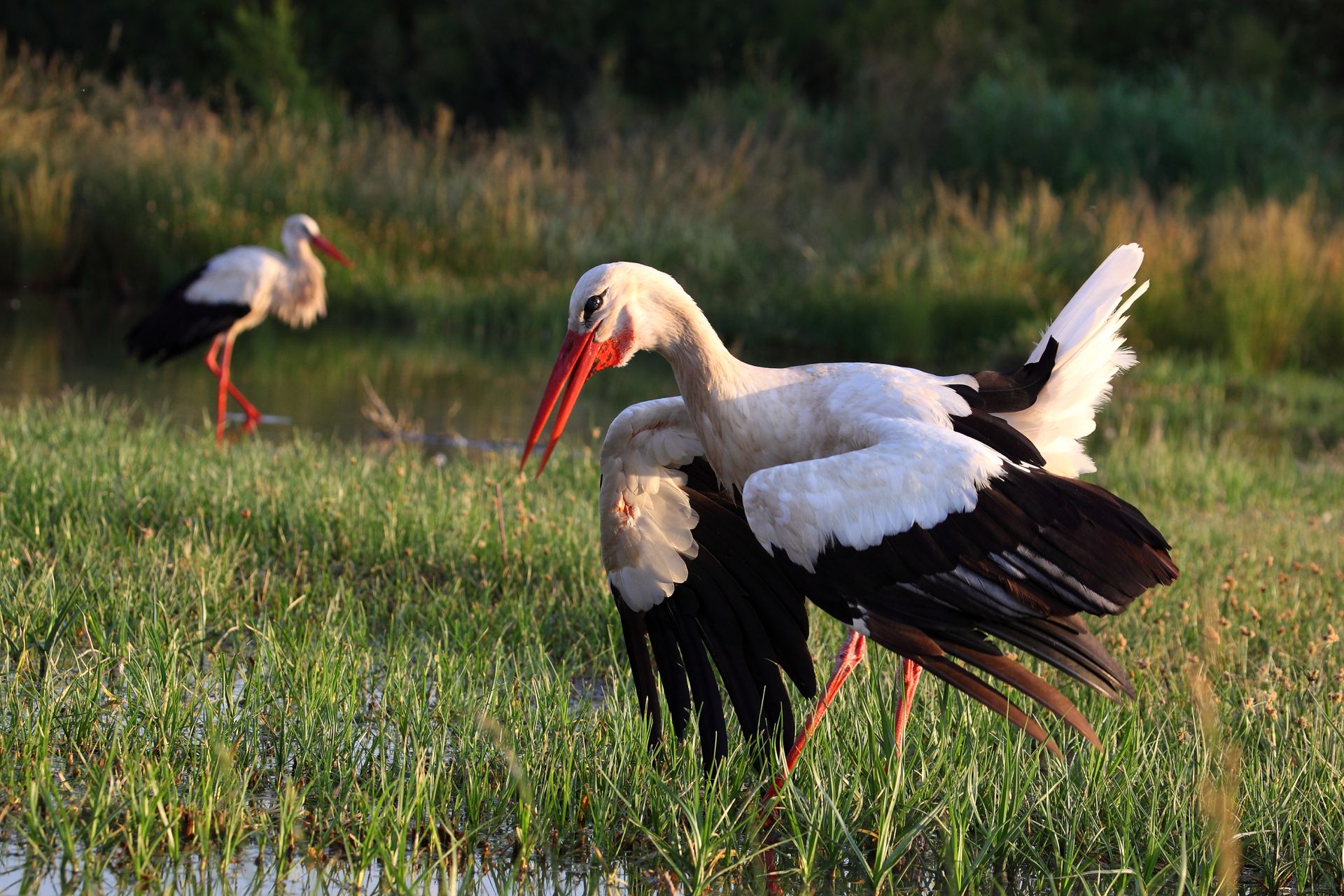 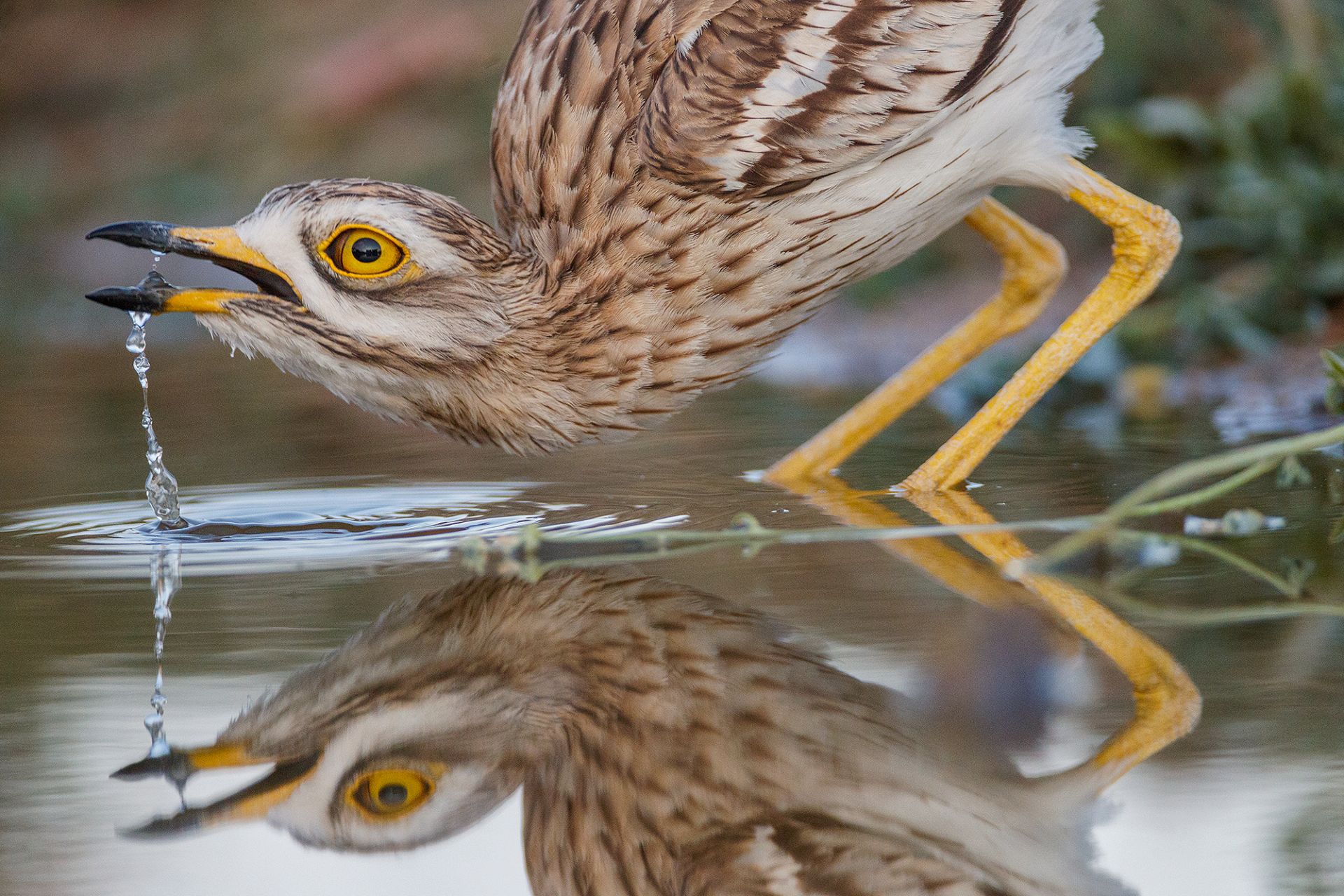 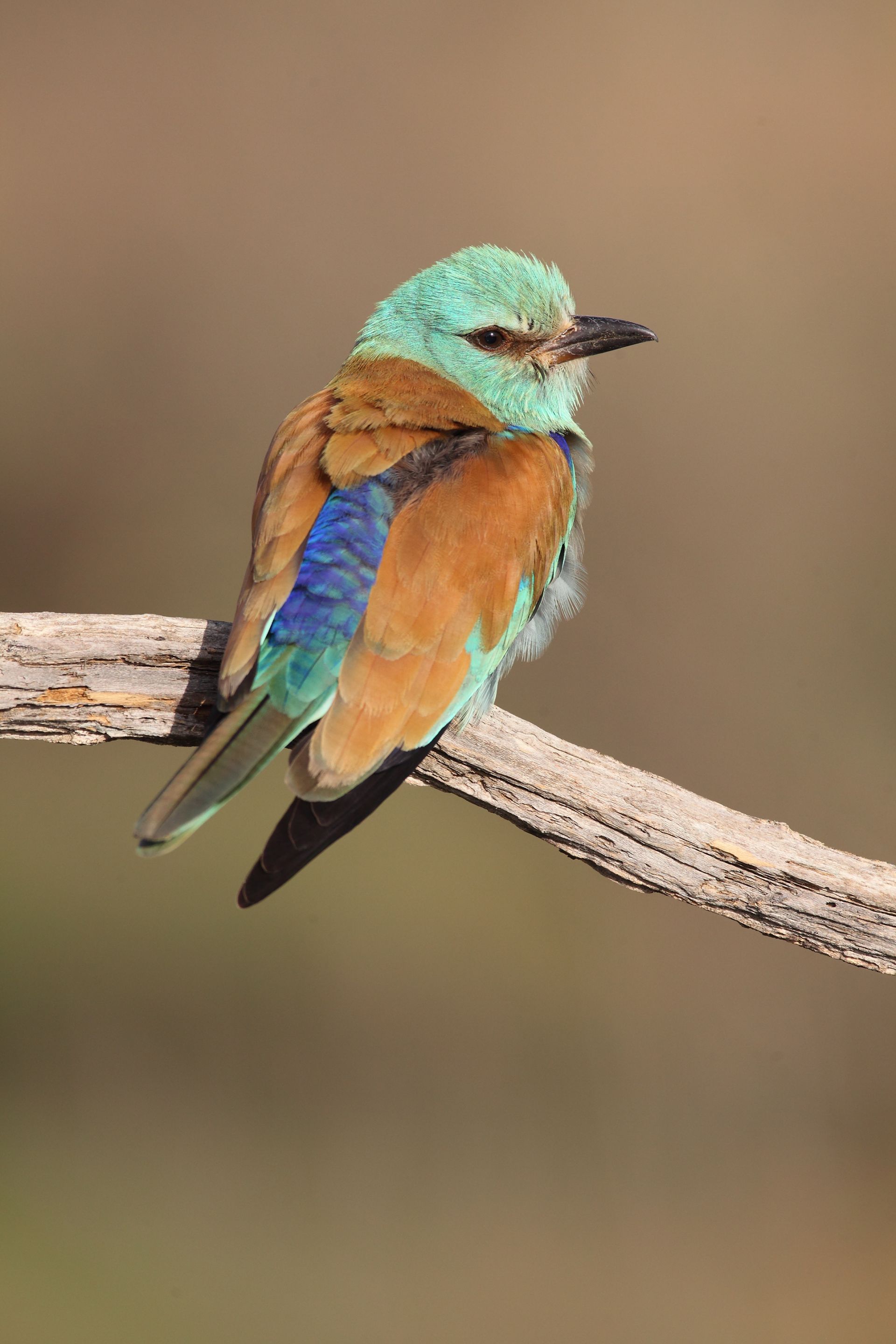 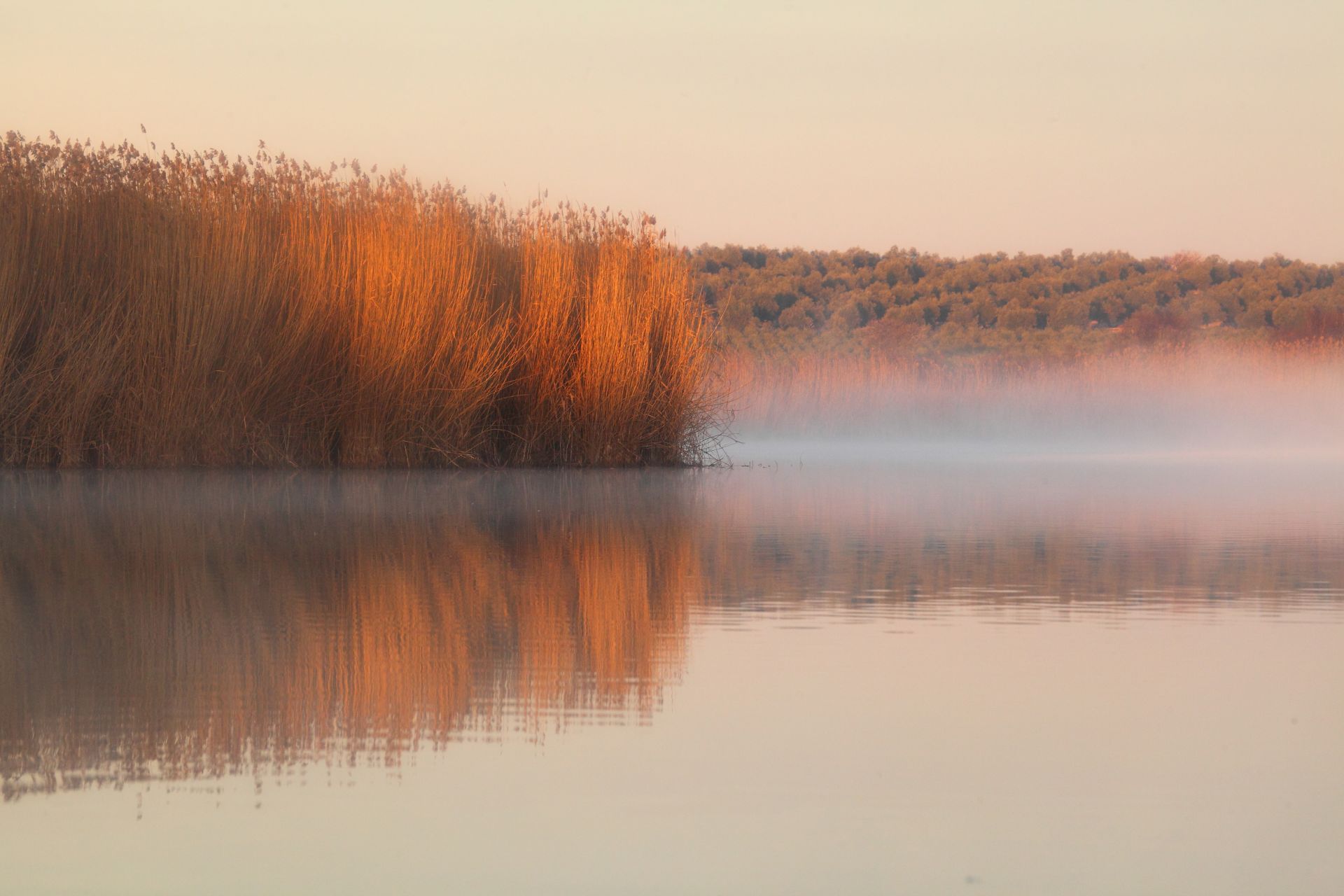 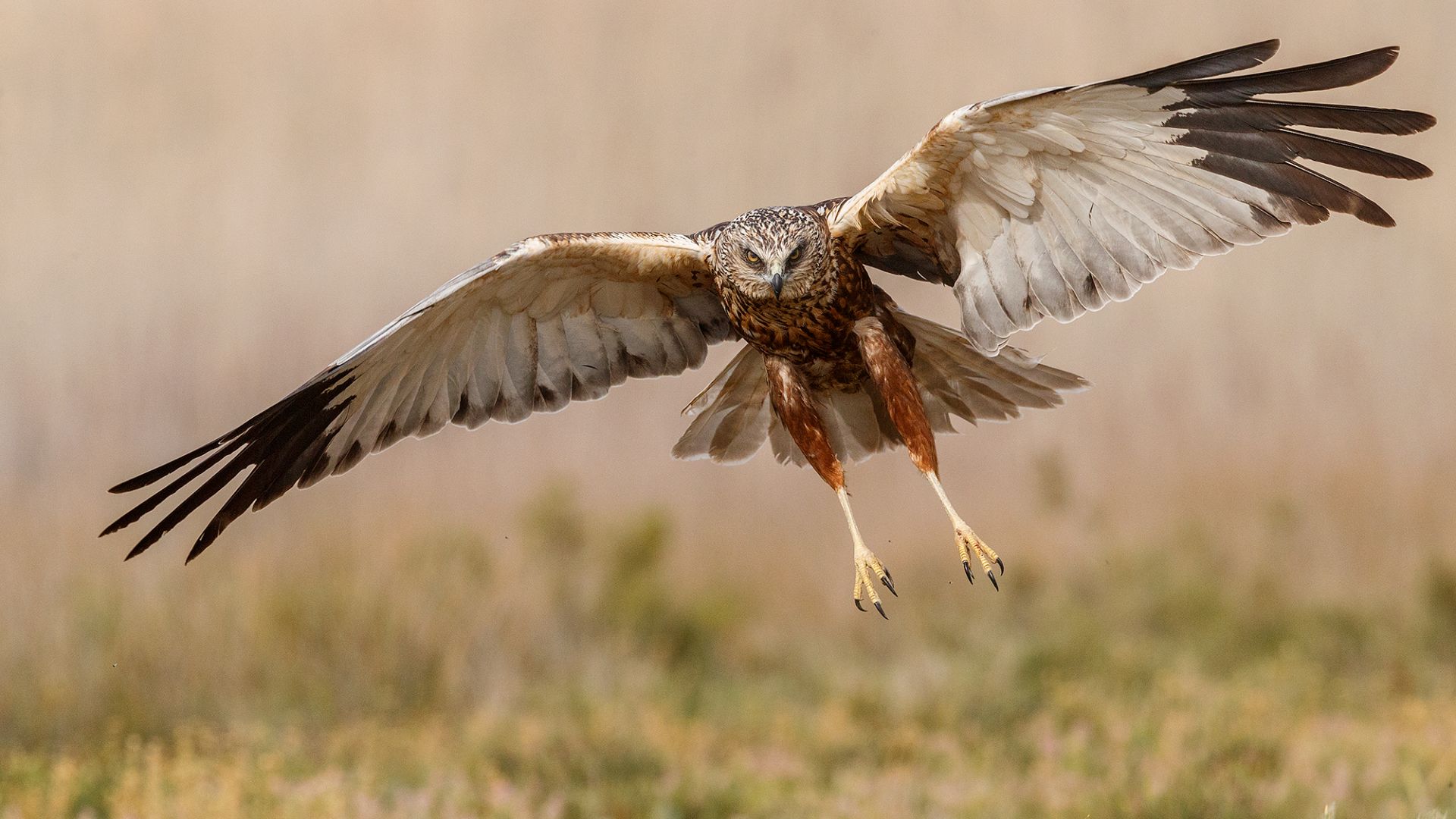 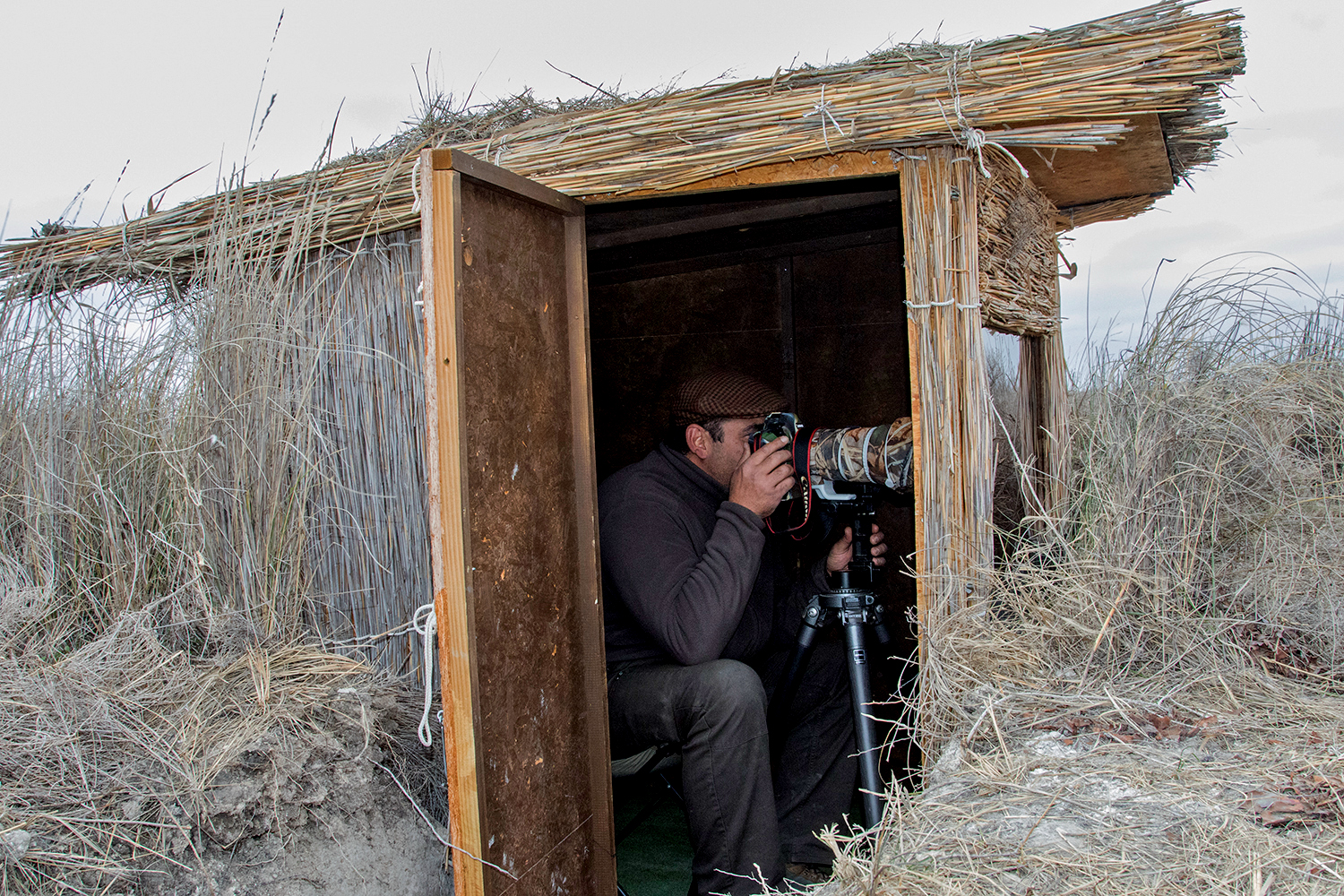 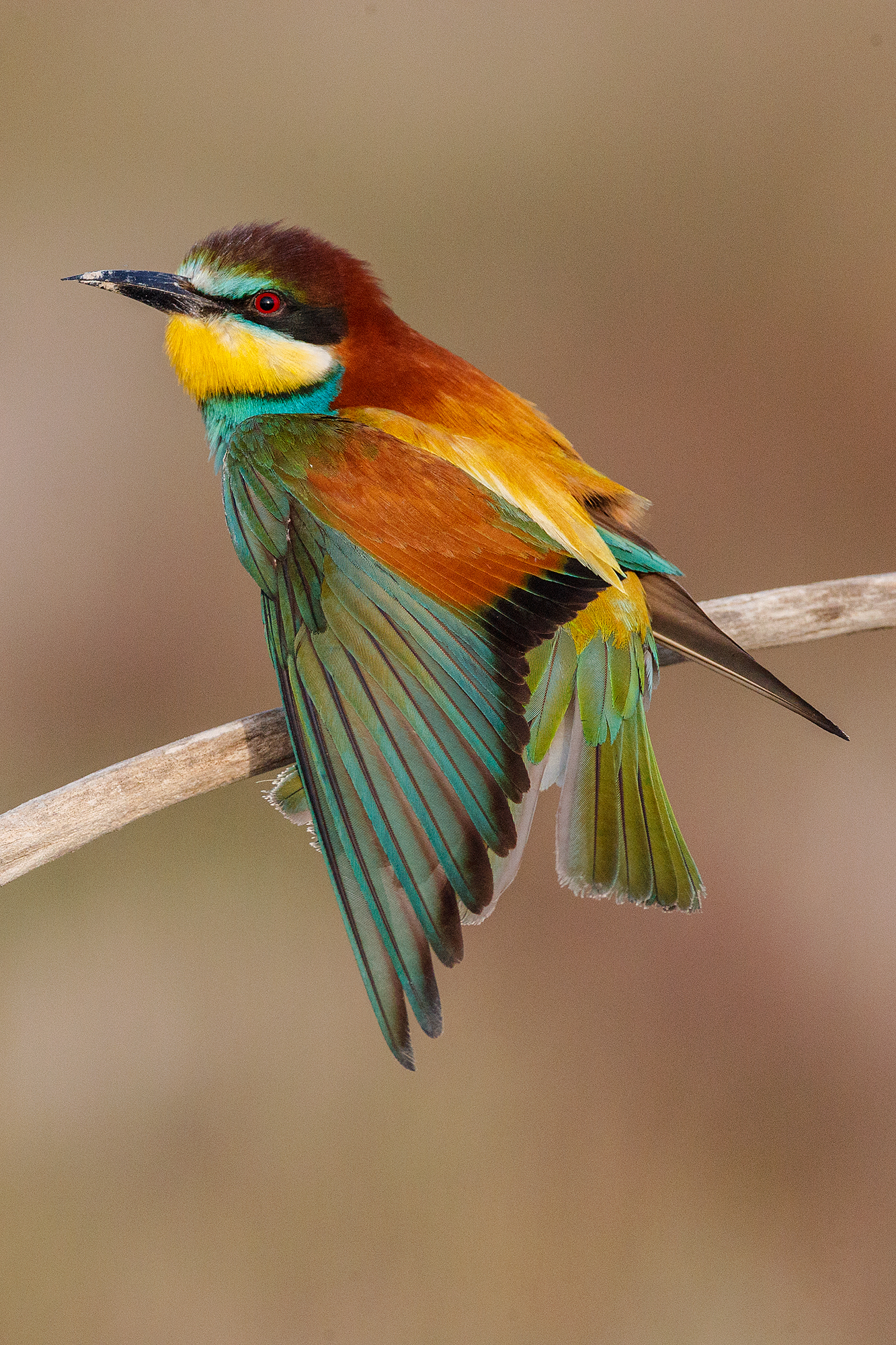 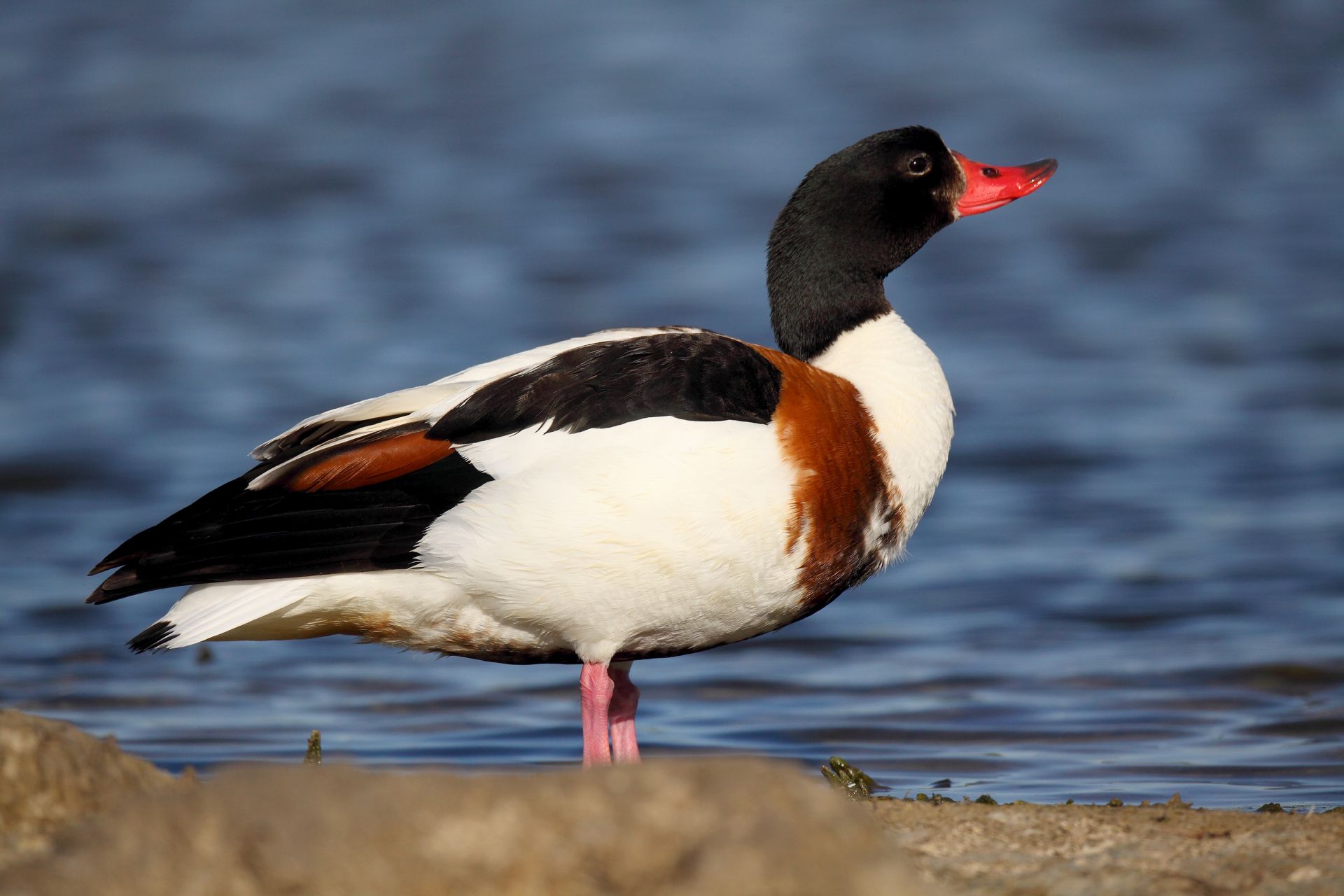 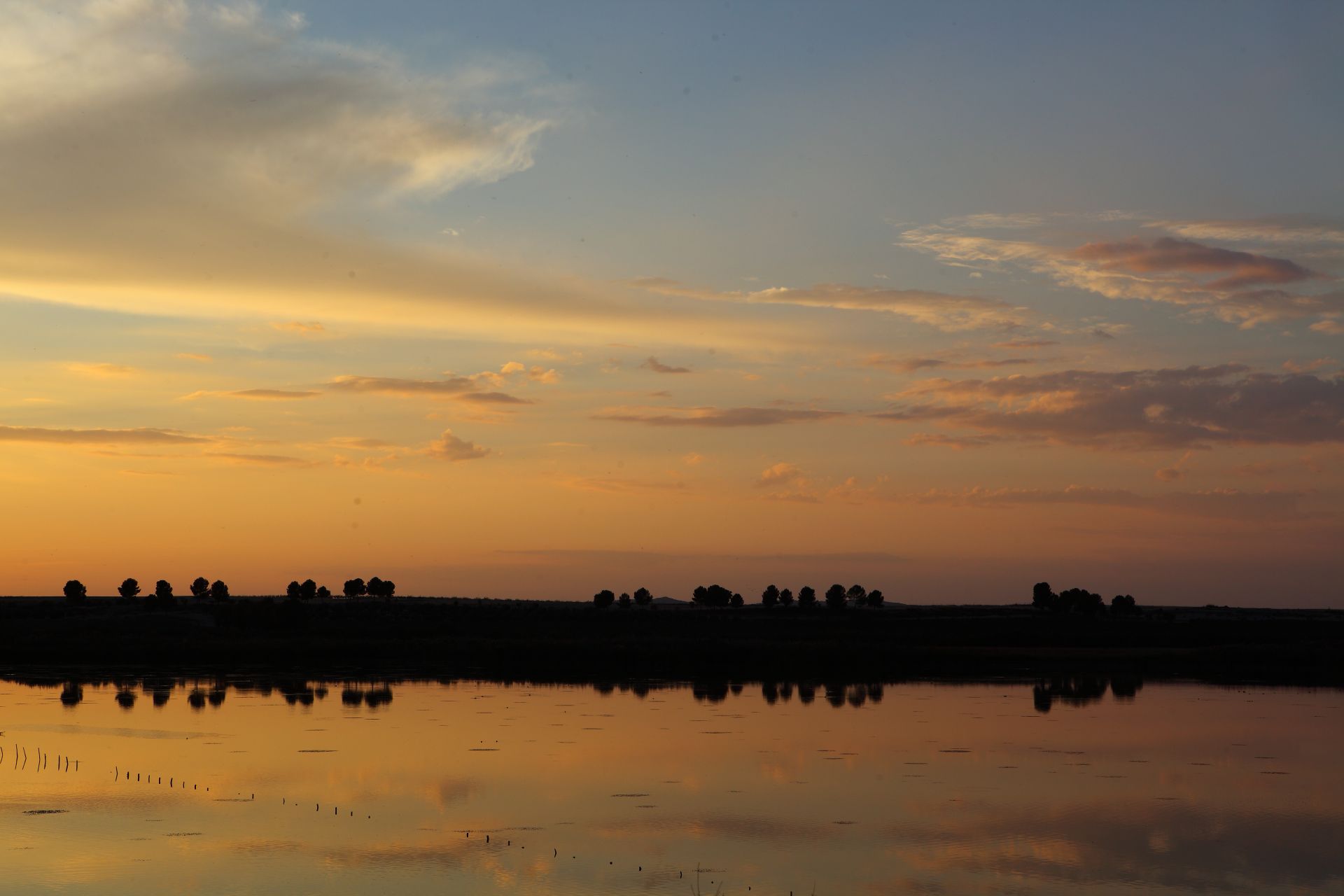 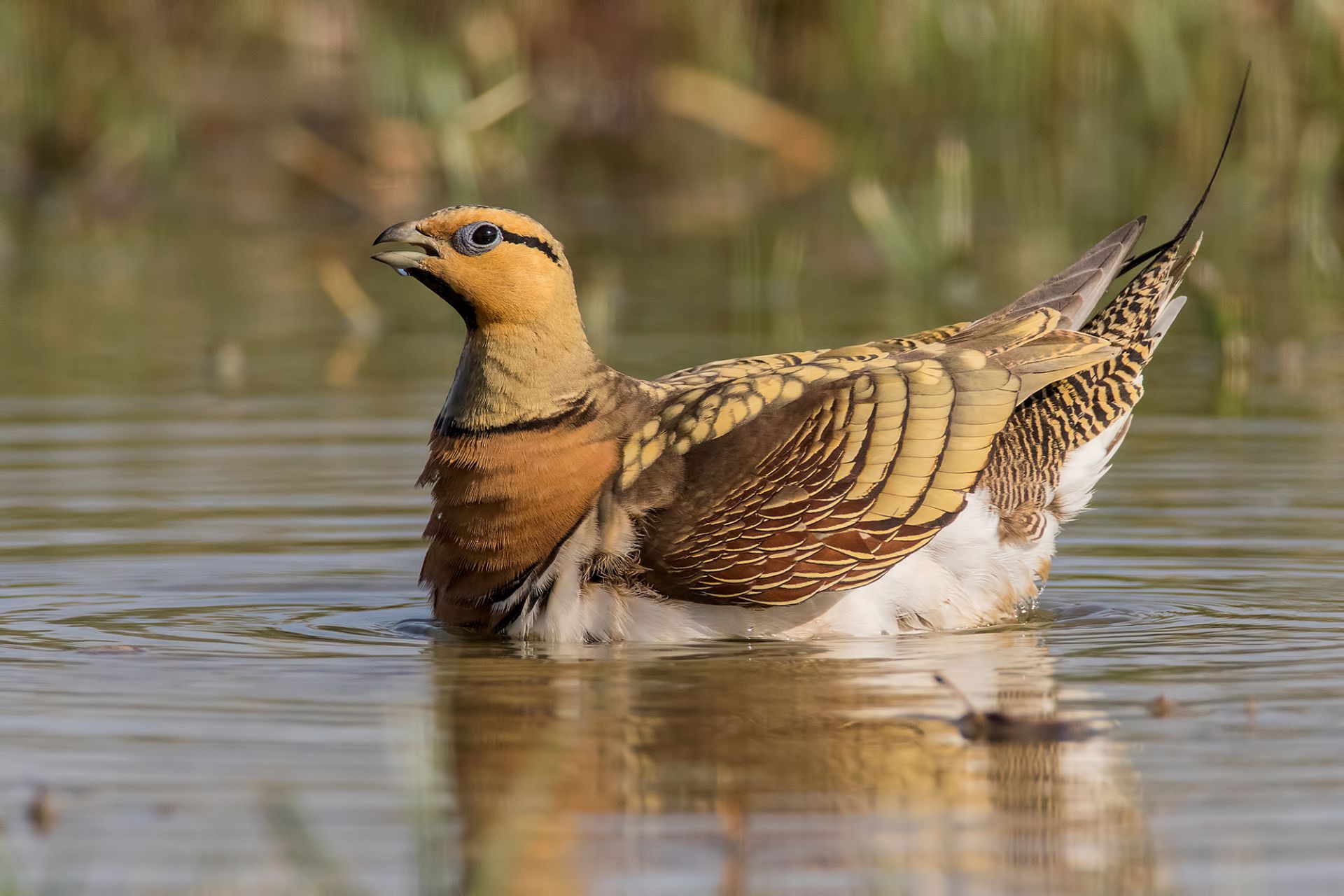 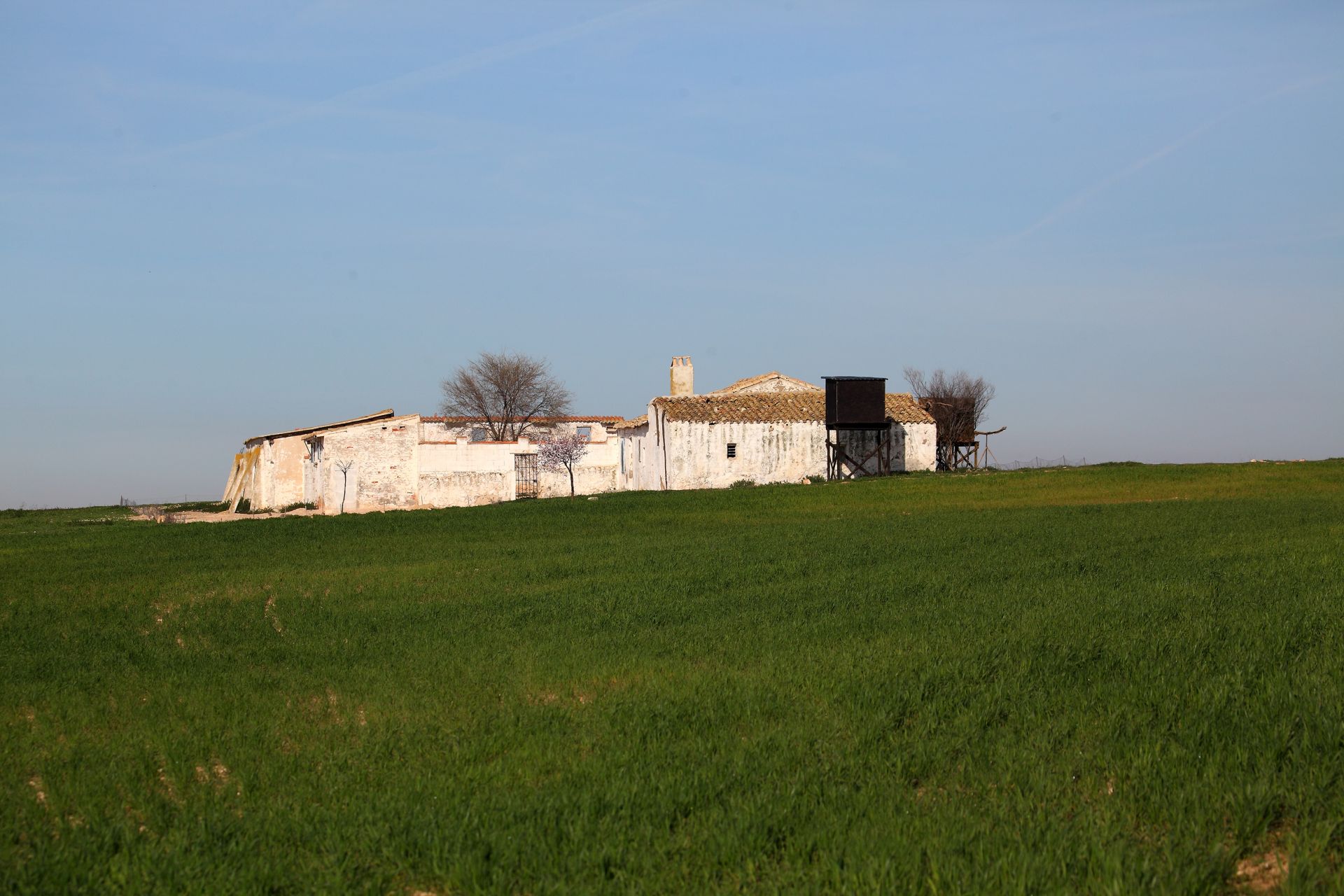 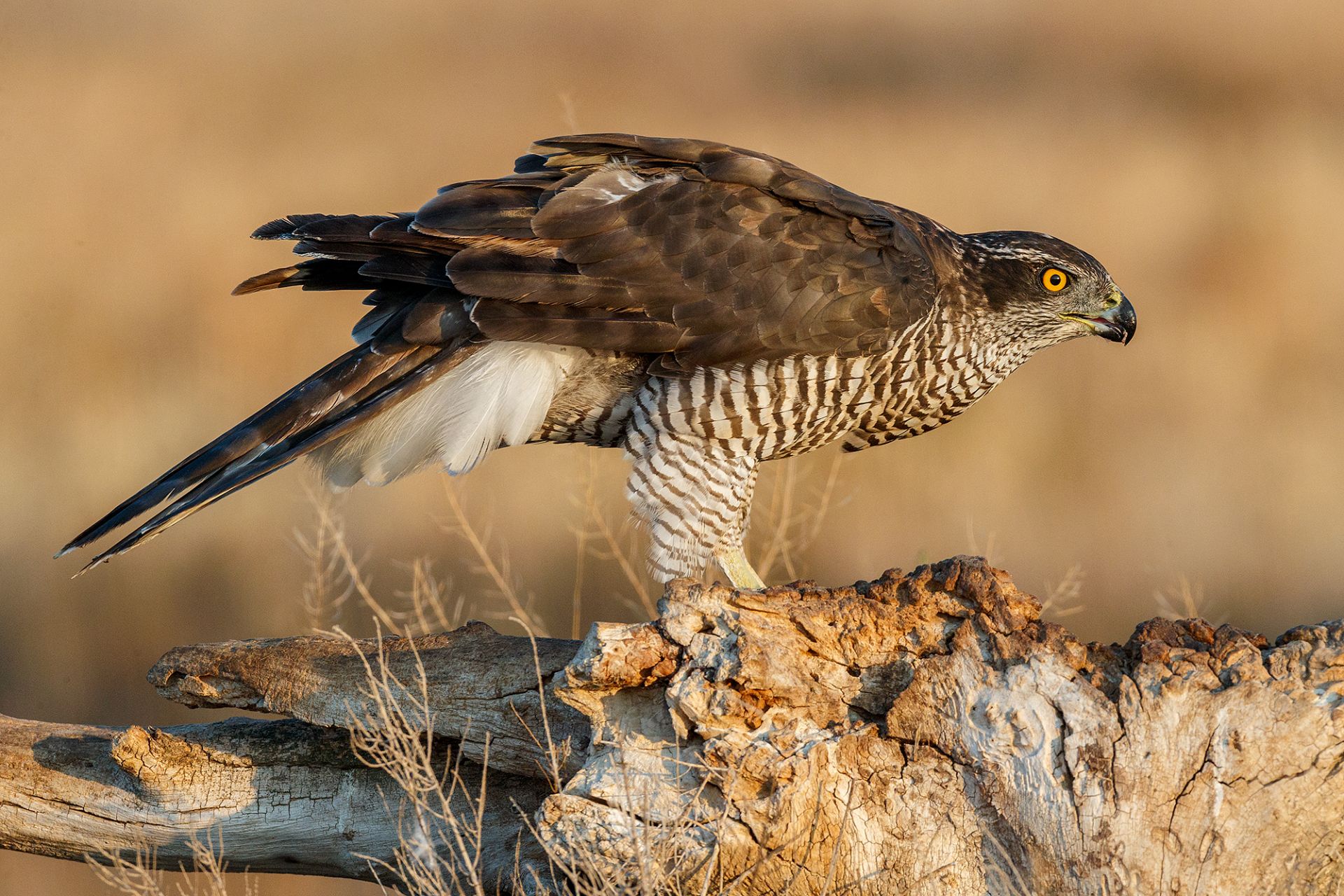 Overview: This photography workshop is focused on the spring birds of the Leon and Toledo, Spain.

A unique opportunity to travel with award winning photographer
Ron Bielefeld and experience two very different and complimentary destinations because of their wildlife; Mediterranean birds in the Center of Spain and Atlantic birds in Leon, the North of Spain.  Each site is equipped with permanent hides that focus on the different species, with some hides situated to take advantage of morning light and others for evening light. Each day is divided into two photography sessions, morning and evening.  Some of the species for Center Spain are; Hoopoe, Roller, Lesser Kestrel, Stone Curlew, Little Owl. The aquatic birds; Collard Pratincole, White headed Duck, Reed Warblers, Bearded Reedling, Cetti’s Warbler, Marsh Harrier, Black-necked and Crested Grebes.  In Leon our main species to photograph are; Black Woodpecker, Great Spotted Woodpecker and Wryneck, the Dipper, Marsh Tit, Crested Tit, Great Tit, Blue Tit, Rock and Cirl Buntings, Yellowhammer, pied flycatcher, wren, mistle and song thrushes, redstart and the raptors; Griffon Vulture, Black Kite, Common Buzzard, Egyptian Vulture.

This detailed description of this magical place was prepared by our photographer/ornithologist in Spain, Luis Frechilla.

Laguna de El Taray is a 250 acre private estate located in the Southeast of the Toledo province. Most of the estate is occupied by a wetland of more than 988 acres, surrounded by a wide and well-developed belt of reed beds. This vegetation cover distinguishes El Taray from other lagoons in the surrounding areas and explains, to some extent, the importance of El Taray for the breeding of aquatic and reed birds. Another 988 acres of wasteland are part of a flood plain where the dominant vegetation is the ´albardinal`, a type of habitat considered of conservation priority in the European Union. It is an area of low herbaceous plants and bushes, only interrupted by lines of tamarix trees along canals and small water courses. Finally, the rest of the estate is divided into agricultural lands and olive tree plantations that distributed along the Southern and Western margins of the property.

The wetland of El Taray is fed by the Riansares river, a seasonal water course that brings water mainly from December-January to June or July depending on the weather on Winter and Spring and being variable from one year to the next one. As a consequence, the level of water at the lagoon rises during the Spring reaching its maximum level in the first weeks of the Summer, when it begins to descend again. On this process, the annual minimum is reached during the Autumn, when large areas of the lagoon, and most of the small ponds and lagoons surrounding the main one, are completely dry.

According to this hydrological regime, the birdlife at the lagoon varies greatly along the year, reaching its maximum usually on September, when El Taray becomes an important stopover place for thousands of migratory birds, from herons and storks to waders and ducks. Besides that, the reedbeds become a favorite refuge for hundreds of small migratory birds like warblers, nightingales, wrynecks, chats, redstarts, flycatchers and so on. As Winter approaches raptors and cranes become the main characters at the lagoon. Raptors increase both in number and diversity, while cranes gather by thousands in some lonely corners of the wetland. At the same time, the reedbed serves as a sleeping refuge for half a million of Starlings that draw spectacular clouds of birds in the sky when they return to rest at the lagoon. Side by side with them, the Bearded Reedlings form compact flocks of dozens of birds, possibly representing the best population of this species in the whole of Spain.

Slowly throughout the Spring, birdlife changes again with the return of the Summer visitors. From mid- April an interesting diversity of reed warblers returns to the reedbeds. Among them there are some scarce species such as the Mustached Warbler or the Eastern Iberian Reed Bunting, probably the scarcest subspecies of Reed Bunting, giving idea of the exceptionally good conservation state of the wetland. At the same time, Lesser Kestrels, Rollers, Scops Owls, Great Spotted Cuckoos, Pin-tailed Sandgrouses, Stone Curlews and Collared Pratincoles, occupy the habitats surrounding the lagoon, contributing to the high biodiversity of the estate. 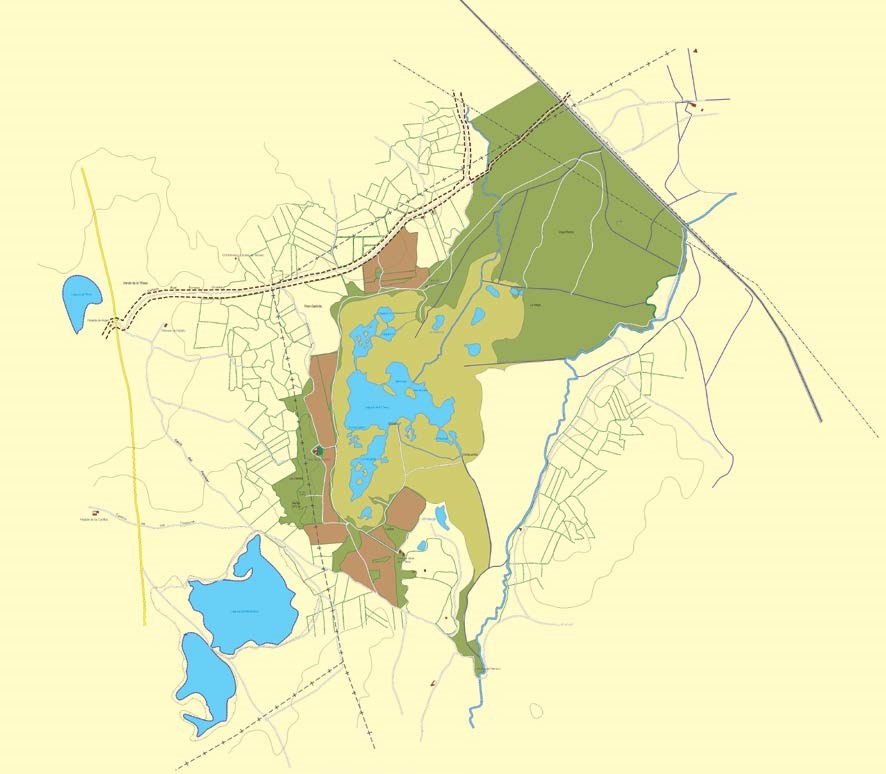 Map of El Taray. The colored areas define the limits of the private estate. Light green areas correspond to reedbeds; blue areas are open water surfaces; dark Green areas are the álbardinal` habitat to the East and the olive tree plantation to the West. Finally, the brown areas are agricultural and farming lands.

The hide network of El Taray

The `Hides of El Taray´ Project begun on 2014 as an ecotourist development for the private estate of El Taray. It is a model Project in the national context, and it is being remarked on television programs on the networks, at many Ecotourism events and conferences because of its concern both for tourism and nature conservation.
At El taray there are 20 hides now, although not all of them are working simultaneously except during the Spring. The hides already offer the possibility to photograph a large proportion of the birds present at the wetland and its surroundings. More than 200 species are regulars at El Taray throughout the year and more than 100 of them were photographed from hides in 2016, surely the only place in Spain where so large a number of different species can be photographed at the same site at this point.
Because it is a private estate, the human activity is limited to a reduced number of people: the farmers working and moving in the agricultural lands in the periphery of the wetland and the wardens keeping the property and the hides. So, the quiet and the feeling of being alone is guaranteed. Adding to this, professional and personal attention is provided to each photographer, with a warden taking the clients to and from the hides, carefully preparing the sceneries and feeders for photography and keeping the experience as controlled as possible.

The hides of El Taray are distinguished both for being careful, clean and comfortable structures and because of the excellent results for photography they provide. Each hide has a strict and well-defined protocol of use, paying close attention, first and foremost, to conservation, sustainability and respect to nature issues. This is a guarantee for the proper function of the hides (with a high rate of success around 95%) whose results improve from year to year.

Besides that, a new project to add photographic options to El Taray hide network has been carried since 2017 with the addition of 4 `hidrohides´: floating canvas blinds that allow the photographer to get close in a low angle to the aquatic birds, implementing incredible photographic opportunities with difficult and interesting species.
At El Taray, we are continuously studying new and original solutions for getting close to different species of birds and mammals in a wide variety of habitats. As a result, there are now floating hides on the shores, hides deepened on wet grounds, even inside small ponds, semi buried hides for low angle photography… And new ideas are under development for the creation of new structures for 2018.

Species present at the different hides and places vary depending on seasonality, phenology, flooding conditions of the wetland, and other circumstances. Please, contact Aveshide in advance before your reservation to check the species and hides available at any moment.

Hide of the House: hide for raptors, several logs and branches set as a perch over the ground, 2 persons. Target species: Marsh Harrier, Common Buzzard, Magpie. Other species photographed at this site: Grey Heron, Purple Heron, Magpie. Morning light. All year round.

Hoya de Linares I (East roof): Lesser Kestrel colony, hide elevated two meters over the ground, access with a ladder, 2 persons. Target species: Lesser Kestrel (perching both on the roof and several perches located to the sides looking for good backgrounds for the pictures). Other species photographed at this site: Spotless Starling, Jackdaw, Common Starling, Tree Sparrow and up to 16 occasional species. Morning light. From March to end of July.

Hide of the quay: feeder on the shore of a canal, canes as a perches for birds, 2 persons. Target species: Bearded Reedling and reed birds. Other species photographed at this site: Reed Warbler, Great Reed Warbler, Bluethroat, Cetti´s Warbler. Evening light. Summer and Autumn.

Roller hide: wood tower, nest box with several perches, 2 persons. Target species: roller. Other species photographed at this site: Hoopoe. The nest has been occupied by rollers for four seasons by now. On 2016 the nest was attended by three adults. Morning light. May-July.

Hide Vega II: hide on the shore of a small pond in the periphery of the wetland. Wide window. It is posible to lay on the floor to take pictures at wáter level, 2 personas. Target species: waders, herons and ducks. At this site Squacco heron and Pin-tailed Sandgrouse have been taken on 2017. At this site Temminck´s Stint have been photographed on Spring. Morning light. Spring and Summer.

Masiega I: waterhole and feeder elevated over the ground and at level with the hide window, 2 persons. Target species: Bearded Reedling. Other species taken at this site: Reed Warbler, Great Reed Warbler, Woodchat Shrike, Stonechat, Zitting Cisticola. A young Goshawk has visited this site on Summer 2017. Morning light. Summer.

Hidrohide: 4 canvas hides over flotant platforms that allow photographers to get close to aquatic birds moving or swimming in the lagoon. All the equipment and advice is facilitated by the company. Target species: Flamingo, Black-necked Grebe, Great Crested Grebe, Avocet, Black and White-ceecked terns, Red-crested Pochard, White-headed Duck. The hidrohide activity may requires the collaboration of a guide if the photographer has no previous experience with this technique.

The photographic reserve Laguna de El Taray is located in the municipality of Quero (Toledo province), one hour and fifteen minutes from Madrid by car. The access to the estate is halfway in the road between Villacañas and Villafranca de los Caballeros. It is in the region known as Mancha Humeda, inside the Lagunas y Albardinales del Gigüela Nature Reserve.

The estate is far from the main roads, being the access a dirty track fine for vehicles. The track starts on the kilometer 8 of the Villacañas-Villafranca de los Caballeros road (at the place of the lagoon of Tirez). This track divides in the first meters from the road, being the good way the track to the left. Two kilometers later, a second division is found and this time the correct track is the right one. This way the track goes over the Costera pass giving view over the large and unexpected lagoon of El Taray, that seems an oasis of trees and green vegetation surrounded by a sea of crop lands and vineyards.

May 17-26  Exclusive Tour Dates with Photgrapher